The Raiders are moving to Vegas for the 2020 NFL season and that means opportunity for every other NFL team’s fans to watch their favorite team and catch a few days in sin city. Whether you actually get tickets to the newest billion-dollar venue or just soak up one of the best sports towns in America while your team is in town, spending the weekend in Vegas when the Chargers are visiting will be an experience unlike any other.

The Las Vegas stadium will open for the 2020 NFL Season right off the Las Vegas Strip. The 65,000-seat stadium will be walkable from Mandalay Bay Resort and Casino and will be one of the most unique and interesting stadiums to visit.

With a quick 4 hour drive or less than an hour flight, taking in an away game in Vegas will tough ticket from LA, but an easy drive to take in a great game.

The Chargers @ Raiders game will be a premier matchup for the 2020 season and will feature one of the best rivalries in the NFL. Even if Chargers fans don’t get tickets to the game, there will be tons of events, alcohol, gambling, and fun to be bad in America’s playground.

We will update the details in April of 2020 when the 2020 NFL Schedule is released and the Chargers/Raiders game details are known.

Mandalay Bay is the premier venue for Raiders games, as the stadium is just across the pedestrian bridge. It is a nice hotel with plenty to do, great food, and is one of our favorite hotels on the strip, especially considering it’s the closest to the stadium.

That said, Vegas is easy enough to get around, so there are plenty of options. Luxor and Excalibur each have access to a monorail that will take them directly to Mandalay Bay for free. MGM Grand, New York New York, The Flamingo, Park MGM, and the city center resorts (Aria, The Cosmopolitan, & Vdara) are also good options.

Any of the major hotels including the Wynn, Encore, Venetian, Palazzo, Caesars Palace, Planet Hollywood, Harrah’s, Park MGM, or any of the other strip hotels all should have events and betting options for all NFL fans. All that is to say, if you’re in Vegas on a football Sunday, there will be plenty to do! If you want to find our favorite sportsbooks, check it out here!

Spirit, Alaska, and Southwest Airlines offer low-cost, direct flights to Las Vegas (LAS) from Los Angeles (LAX). Southwest is our favorite local airline and offers two free checked bags, which is perfect to ensure you can take all your gear to and from the game. Since this is such a quick trip, LAX to LAS has tons of flights for next to nothing!

We will provide flight options as the schedule becomes available, so be sure to join our newsletter and follow us on twitter for the best deals to and from LA to Las Vegas.

Because of the new stadium, tickets are going to be hard to come by for the first few years, especially if you want prime locations. We recommend gettings tickets as soon as they are released. We can help! Sign-up for our newsletter and we will let you know as soon as single-game tickets go for sale!

Buy the best Chargers @ Raiders tickets with The Dent. 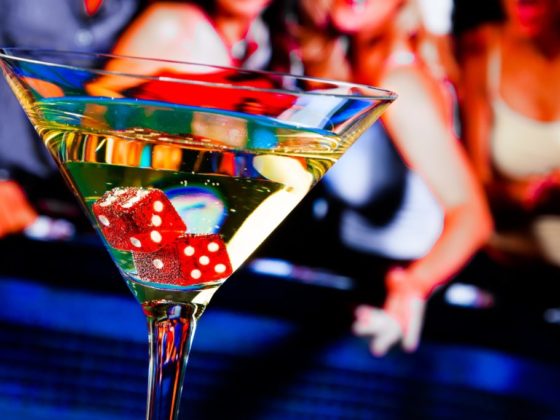 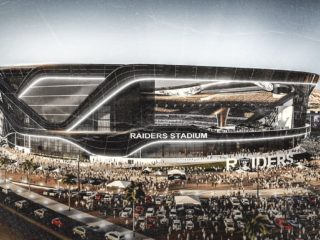 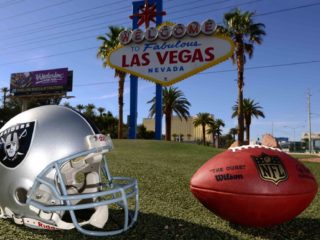 When Will My Team Play in Vegas? 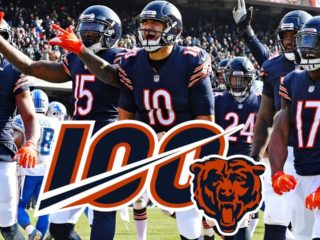 Ultimate Guide to Watching the Chicago Bears in Las Vegas 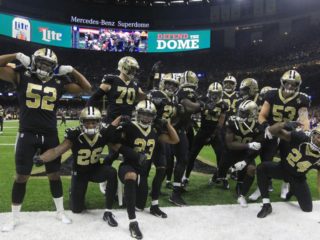 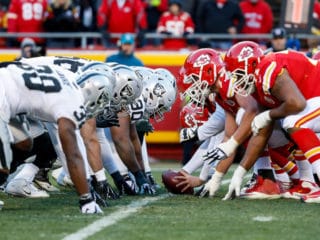 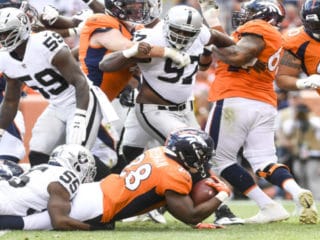